What is Internet Protocol Television (IPTV)

Nowadays, the access with broadband internet and downstream data rates of several Megabit per second (Mbit/s) is making a steady progress. The increasing in the number of       households who are getting used to video streaming and download, use of the Internet Protocol (IP) to enable interactive retrieval of video content from the Web. This kind of IP based television service is known as WebTV. But the WebTV still does not provide a guaranteed quality of service (QoS). Therefore, the telecommunication companies are trying many attempts to overcome the deficiencies of WebTV and launched the so-called IPTV.

What is Internet Protocol Television “IPTV”

Internet Protocol Television (IPTV) is a system where a digital television service is delivered over Internet Protocol network (citation). Until now some researchers still consider the IPTV as a not well- defined term and may be a source or ambiguity and sometimes confusion. IPTV as from its name, it works on the TV with a set-top box that accesses channels, subscription services, on demand and other interactive multimedia services over a secure, end-to-end operator managed broadband IP data network with desired quality of service to the public with a broadband Internet connection.

In addition, the IPTV system can include Internet services, and here we are talking about the Web access and VOIP where it may be called Triple Play and is typically supplied by a broadband operator using the same infrastructure. The IPTV technology offers revenue-generating opportunities for the telecom and cable service providers, talking about the traditional telephone service providers, Triple Play is delivered by using a combination of optical fiber and digital subscriber line (DSL) technologies to its base.

However, IPTV cannot be considered as the Internet Video that simply enables users to watch videos, like movie previews and web-cams, over the Internet in a best effort fashion.

In addition, on the same side of the telecom and cable service providers mentioned before the cable television operators use a similar architecture called hybrid fiber coaxial (HFC) in order to provide a broadband for the subscribers in their houses, and here we can distinguish between three types of subscribers homes (a residential environment, multi- dwelling units, or even in business offices) , but use the available coaxial cable rather than a twisted pair for the last mile transmission standard. The IPTV is taken from different perspectives depends from which side we are seeing it, starting with the service providers; so, from their perspective the IPTV encompasses the acquisition, processing, and secure delivery of video content over an IP based networking infrastructure. The type of service providers involved in deploying IPTV services range from cable and satellite TV carriers to the large telephone companies and private network operators in different parts of the world.

Triple play refers to multiple services that are delivered by a single service provider, the best example is the following:  voice (telephony), data (internet access) and television services. Quadruple play adds mobile telephony to the mix. The triple play services offer the combination of cash flow from separate services that can be used to pay for a common network that is capable of delivering all of them. From the perspective of service providers offering discounts to customers who buy more than one service, which has proven to be a great strategy. In addition, triple play focus on a combined business model rather than solving technical issues or a common standard. There is also what they call quadruple play which is often supported by dual-mode GSM plus WiFi cell phones that shift from GSM to WiFi when they come in range of home wired for triple play service.

As any technology the IPTV has many features that makes it different and that adds value to it, the following are the important features of the IPTV:

The main advantage of the IPTV over the other type of TV content providers (cable TV), is that you have access to the content whenever you want, then you don’t find yourself obliged to watch the television program that you don’t enjoy.

With IPTV, most media is on-demand you can have access to live television; so, you can start the next episode of your favorite show when you are ready for it, whether you want in other words It’s ready when you are, making it more convenient than ever.

Here are talking about another advantage that make it more convenient than just watch what you want, but also you can use just your phone while setting on the train or bus station to watch your favorite show, you don’t have to wait till coming back home to watch it.

Your media programming is no longer dependent on what the networks want you to see. Now you can be the master of your own media programming, pulling in content from live television, on-demand movies, catch-up television episodes, radio, podcasts, along with apps and websites. It’s easy to customize programming to your needs and interests for a media experience that’s tailored to you and only you.

Cable companies used to be able to force people somehow into long and expensive contracts because they have your favorite shows and there is no other way to watch them without singing the contract.

With IPTV, you can often get the shows that you want for less expense and without signing long term contracts. Some systems allow you to pay for the particular channels that you want or to purchase shows or movies on an as-wanted basis. There monthly payment options that give the customer full access without the long contracts, so he or she can cancel when it’s convenient. That means media is more customizable and higher quality without the higher price tag.

Global entertainment at the touch of a button.

The advance n technology made new ideas born, and one of them is to give all the rights and opportunities to the users to watch any program they desire whenever they want to watch, and to this in the past years it was too expensive, but now with the different features provided with the advance in technology, the cost decreased and the service providers are attracted by the programs and videos on demand by the users.

The basic concept of VOD is based on video programming that is stored and then delivered to a viewer when it is required. This storage can take the form of a centralized server that is equipped to send programs simultaneously to a hundred of viewers, or it can take the form of a distributed storage throughout the network. At the limit, individual storage devices for each viewer can be located in individual STBs. Unicast connection is set up between the customers’ STB and the delivering streaming server. The signaling for the trick play functionalities (pause, wind, and rewind) is assured by Real Time Streaming Protocol (RTSP). Moreover, the most common codecs used for VOD are MPEG-2 and MPEG-4.

The Internet Protocol Television (IPTV) Market was valued at USD 72.24 billion in 2020 and is expected to reach USD 194.21 billion by 2026. The market is going through a paradigm shift from traditional modes of broadcasting like cable or satellite TV towards internet-based streaming and, Internet Protocol Television (IPTV) as a system has a significant role to play in this transitional phase. With the improved communication technology and advancement in the network architecture, these developments have also served the market affirmatively.

Because of the increasing growth of internet connectivity around the world, there is a growing need for high-quality programming on television. The market’s growth has been aided by improved wired broadband infrastructure in metropolitan areas, which is projected to continue to fuel demand. The analysis of the global internet protocol television (IPTV) industry took into account both the hardware and services provided by vendors for the IPTV system.

Demand for High-Definition Channels and Video On-Demand to Augment the Market Growth which led us to the following conclusions:

The IPTV as mentioned previously is a system of delivering television content to consumers over the infrastructure of the Internet. With the proliferation of broadband networks set up by telephone companies to offer broadband Internet to consumers, IPTV has overcome the problem of having limited bandwidth that was once a major barrier to deployment.

Consumers can have the IPTV through two ways, the first one is to buy set top box which plays the role of converting the IPTV signal in order to be able to be played in the television. The second way is to use laptop to watch the desired programs. Many IPTV service providers also offer voice and data capabilities with the IPTV service, making it a true triple play use of the broadband network. In the market of broadband applications IPTV is a major upset. The intervention of the IPTV expelled many cable television companies from the market because they are providing low-cost television, data and voice broadband applications to consumers. Services such as streaming video are widely available on IPTV due to the scalability of the medium. The categories within IPTV are still gel, but possibilities are still open as to which of the many versions of IPTV will become standard. Companies are in the initial struggle to become leaders of the market, but at this point it is the game of everyone in the market. There is no doubt that IPTV is the current popular generation for television content, but it has yet to be determined which companies will be the benefactors of the innovations that are now taking place knowing that many companies are taking advantage of this new technology to make profit.

The IPTV architecture is comprised of the following functional blocks:

For a very large IPTV delivery system, there is often a hierarchy of facilities constructed to deliver video signals across a large expanse of territory. One Super Head-end can serve millions of customers by processing the video channels that are common to all subscribers across the serving area. A Video Serving Office is located in each region as required to handle local programming and channels specific to a single city or geographic area. The Remote Terminal can serve as a Regional Head-end that contains the equipment needed to actually deliver the programming to customers in local area.

Broadcast information coming from an antenna or a satellite dish at the Super Head- end is mainly distributed using MPEG-2 multi-program transport stream (MPTS) to the video service node. The distribution of the actual SDTV or HDTV channel content is performed using various devices on the access network, such as digital subscriber line access multiplexers (DSLAM) and other technologies like fibre-to-the-home (FTTH) can be used to interface with the user’s STB. For IPTV, each channel is distributed using a multicast IP address.

QoS is one or more measure of desired performance and priorities through the IPTV communication system.

QoE is one or more measure of the total communication and entertainment experience from the perspective of end users. 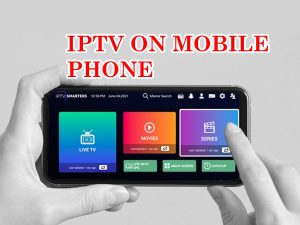